I am currently taking a break from writing.  I could blame it on lots of things – the temperamental weather, the constant Mr Whippy vans popping around the city, work, sleep (or lack of it) or even the lack of cinema screenings sent my way.  Obviously, press screenings for Dawn of the Planet of the Apes and Boyhood were too cool that my presence was not needed. 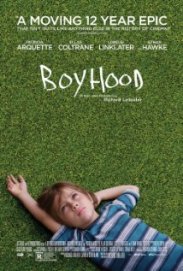 So, instead, it is time for another rant.  This has been brewing for a while and I am among several people who are disgruntled with it but it is time to write an ode to the once-great establishment that is Cineworld…and how they have basically fucked up.

When I moved to London in 2005, I was shocked at the cinema prices.  They were in double figures, for crying out loud.  I was used to paying £5.00 and having some loose change for pick and mix, but it was clear that London film viewing would become an expensive, though necessary, hobby.

I add the latter point as there are just shitloads of places to go to watch a film here.  Aside the Odeon cinemas, there is the Curzon chain, the BFI, the Picturehouse cinemas, the masses of small, independent cinemas dotted around the capital, the Rooftop Film Club (which is amazing!), the legendary Prince Charles Cinema…and then, you have Cineworld.  Seeing its name pop up in this list makes it the black sheep of cinemas, but they are the only mainstream cinema chain in London with a ‘film-buffet’ membership scheme – the Unlimited card.

For £20 a month, you can watch as many films as you want – simple yet brilliant.  Go to two screenings and you have basically made your money back!  Like most Londoners, the Unlimited Card is as important as their Oyster card.  In the past, I’ve made the most of my card; going to watch four films in one day and the special preview screenings such as The Raid 2 and Ruby Sparks are always nice perks.  Plus, thanks to my swanky black Unlimited Premium card, I don’t have to pay each time I want to watch a 3D film 🙂

So, did someone at Cineworld lose their brain and screw up what could have been a really good cinema chain?

Around the beginning of the year, Cineworld introduced a number of ‘extras’ that didn’t agree with their customers, myself included.  Allocated seating and booking fees are the key points; the former especially, as we are going to watch a film, not a play.  It’s very easy to justify it if the screening is full (nay, heaving) but that hasn’t happened, like, ever.  I think the closest thing to heaving was a late-night screening of Cabin in the Woods and to be honest, I don’t think it needed to be heaving.

Take last month, me and my other half went to see How to Train Your Dragon 2.  It was a Sunday, football was on and the kids were out to enjoy a special preview screening waaaay before its general release.  Hell, I was overexcited!

But when we got there, we had to kick someone out of our seats because we had booked them and it was really crap as we could have sat anywhere, but we couldn’t.  What if we sat in some other seats that were allocated? How would we know? We’re not on a bloody train – there are no tags saying whether a seat is free or not! (Sure, you can look at the ticket but most people don’t bother).

Booking the tickets were a pain in the ass as we had to choose seats and even though we got our usual spots, it seemed like a lot of hassle for a decision that is normally made within five seconds of walking into the screen.

So to sum up that experience, the film was delightful but the allocated seating thing really unticked my boxes.

In 2012, mobile camera/photo app Instagram controversially changed their T&Cs that resulted in a rapid drop in users and raised a question that whether an idea on paper would really work.  The same thing can apply here because if Cineworld continues down this route, it won’t be customers that they’ll be losing.